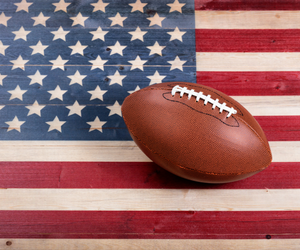 The Super Bowl is half a century old but it’s amazing to see the impact that social media has had in the last few years on the NFL championship.

60 million people joined the conversation on Facebook FB +2.21% worldwide during Super Bowl 50 with 200 million posts, comments and likes, and Twitter TWTR -2.16% reported about 27 million tweets about the Super Bowl.

Super Bowl ads are a big part of Game Day. Total ad spending has skyrocketed in the last decade, from slightly over $150 million in 2005 to almost $370 million in 2016.

According to CNN, the average cost for a 30-second spot in last year’s Super Bowl was $5 million. The average yearly rise in the cost of a Super Bowl spot since the first game was broadcast in 1967 is a staggering 10%.

The ads get everyone excited and even non-sports lovers get involved on the day just to catch the action and entertainment from the ads. Social Media conversations go crazy as everyone reacts around the globe. Let’s have a look at some of the Super Bowl 50 stats of 2016 on Social Media.

Although Facebook’s “Top 5 Social Moments” included moments from the game, their own graphic shows that it was mostly about the entertainment:

2 Of the top moments on Facebook were Beyonce, Coldplay, and Bruno Mars’s halftime show in addition to Lady Gaga’s performance of the National Anthem.

Twitter shared an interactive heat map that showed how the game unfolded. It shows how the halftime show chatter dominated during halftime even in Broncos and Panthers territory:

The most shared ads on Social Media were from Doritos, T-Mobile, and Budweiser.

This statistic shows ten most often shared Super Bowl 2016 ads as of February 8, 2016. The extended version of T-Mobile’s “Restricted Bling” ad ranked second with 346.85 thousand Facebook, Twitter and blog shares as of the day after the game.

Clearly, Social Media has a major impact on the Super Bowl event. We see mind-blowing stats every year of the ad views, content shares, trending hashtags on Twitter with millions of tweets flying by and Facebook streams filling up with everyone sharing their opinions on the game and the ads.

We asked some thought leaders in marketing, tech, and Social Media their opinion on the impact of Social Media on the Super Bowl:

How has Social Media impacted the Super Bowl?

Social media has reduced professional sports to instant replay, headline journalism and behind the scenes access never before experienced by the average fan.

Social media has prolonged the media-life of Super Bowl ads which has made them even more valuable to brands. Brands can now tease their ads, build suspense and brand awareness even weeks before the big game. This year’s Budweiser commercial is the perfect example.

Besides the game, many people pay attention to the commercials. While the cost of these commercials are astronomical, many companies are stretching their Super Bowl marketing dollars.

Thanks to social media, our smartphones now connect us to the rest of the world on Super Bowl Sunday. By following certain hashtags (e.g. #SuperBowlLi, #SBLi, or #SuperBowl), we can discuss plays, players and commercials with anyone anywhere. It keeps us in our seats even during the commercials.

I think it has allowed more people feel like they are in the experience. You can now watch live streams of events like the pre-shows and the practices of the teams. Conversations on Twitter can happen around a simple hashtag.

Social media provides a platform that pro athletes can use to show their whole self to fans, helping them generate a loyal following from pre-season to Super Bowl. And in turn generate sponsorship revenue, for themselves and charities of their choosing.

Working on the Houston Super Bowl Social Media team – what is a typical day like?

A typical day is arriving 40 minutes early to give me time to prepare for the task at hand.

Our duties are to catch questions that the fans have for us and answer those questions in a timely manner.

As a social media influencer, what role do you think influencers play in driving excitement, interaction, hype and awareness of the super bowl?

They have an important role because they understand how to interact with their audience and be themselves. At the same time, the social media influencer must be willing to learn from others who are not recognized as influencers because they know a thing or two about social media as well.

Two examples explain the above answer:

The leaders, who run the social media command center for the super bowl, have worked with major brands and I am learning more from them in one week than I learned in the years of being a social media professional.

The second example involves the Houston Texans Cheerleaders who showed me the flash button on Snapchat so that we can take better pictures and videos. I had no idea of the flash button before.

What do you feel is the biggest role that Twitter plays in the super bowl action?

When you see something trending on Twitter, it grabs your attention and you have to see why a certain topic is trending.

For example, Opening Night, which is the new name of what is known as media day, trended on Twitter and people had the opportunity to see various tweets from reporters and fans who attended that event. The Twitter users saw some of the weirdest costumes that the attendees wore and also saw the personalities of the journalists who cover these major sporting events. #sbopeningnight

When you see Joseph Duarte’s (Houston Chronicle sports journalist) tweets, you might think that he has a second career in comedy.

What was your favourite super bowl ad to date and why?

The Budweiser Commercial where the puppy became best friends with one of the Clydesdale Horse. That shows loyalty.

What are the best hashtags and twitter accounts to follow to stay on top of all the super bowl action in Houston this year? Please share your tips with us!

Hashtags to use during the Super Bowl events:

Disclaimer: If you are not a sponsor of the Super Bowl, don’t use #SB51 on your marketing materials if you are trying to bring people to your business because there is a strong possibility that the NFL could send you a cease and desist order.

@TexansCheer, they are very interactive with their fans! In addition, their Snapchat account is in my opinion, the best in the NFL because they show their audience the behind-the-scenes of what they do on a daily basis and you will see their personalities as well.

@HouSuperBowl, the official account of the Houston Super Bowl Committee.

@PRKristyna, Kristyna Torres-Cruz is one of the best in public relations.

@kfreberg, Karen Freberg is a professor at the University of Louisville and she is very knowledgeable about using social media especially Snapchat. She is the person behind the hashtag #smprofs

Main event hashtags for the Super Bowl will be:

Sign up for your free Scraawl account to run a report on the #SuperBowl to find all the top tweets, images, influencers and communities. You can follow all the action with the power of Scraawl.

Be sure to follow us on Twitter as we will be tweeting live updates of Super Bowl trends and statistics.