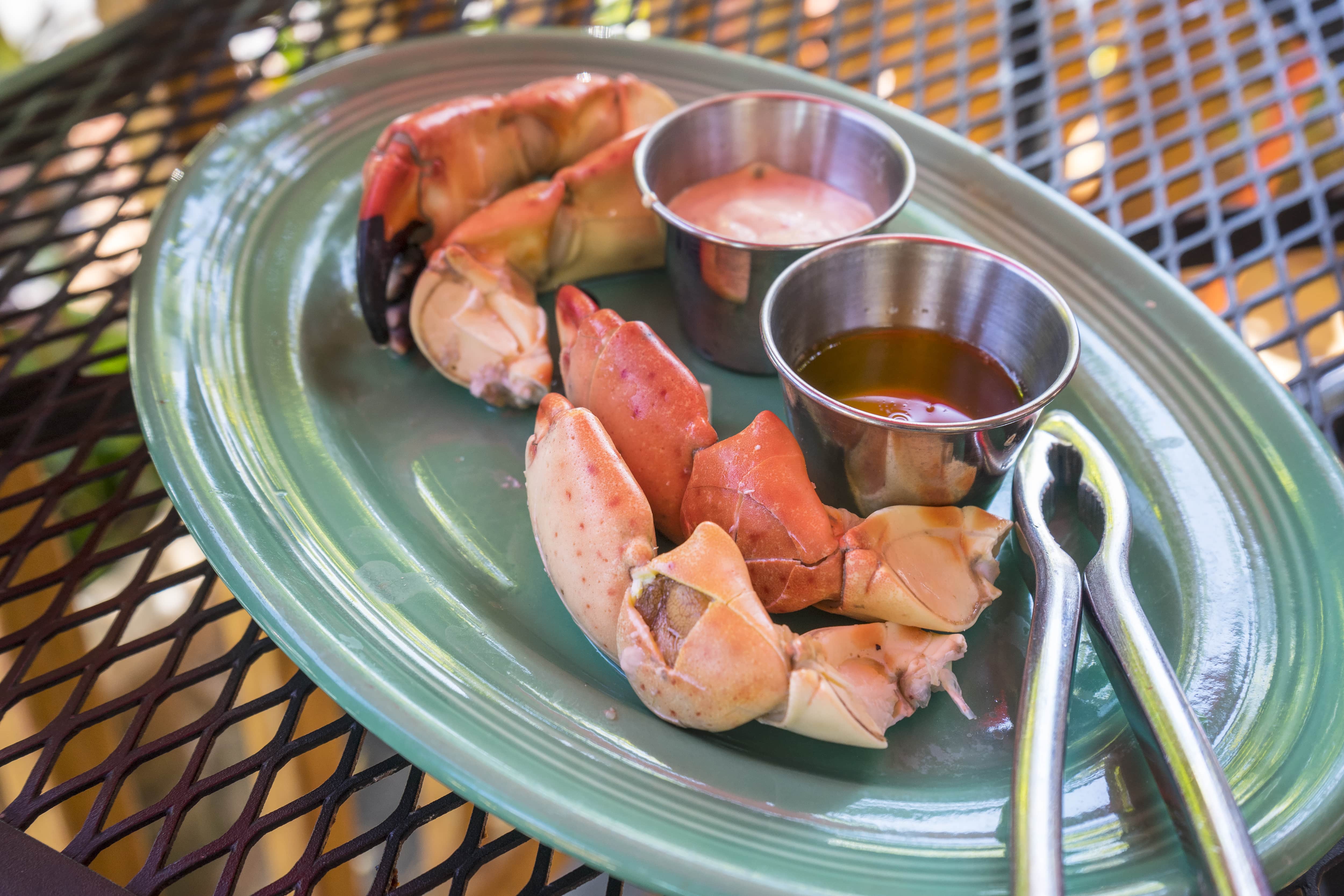 As a millennial and Tampa native, I’ve spent the last 30 years growing up in and with this remarkable city. In that time, I’ve experienced social media’s explosion, from the now antiquated Myspace to the plethora of platforms available today. I have also happily born witness to the transformation of our culinary landscape from big brand blandness to foodie Mecca. Tampa was recently rated number 4 in WalletHub’s Best and Worst Foodie Cities Report, and it’s no surprise. From classic brands like Bern’s Steak House, to new and eclectic eateries such as Ulele’s and Datz at the other end of the spectrum, it has never been a better time to have fully functional taste buds. With so many innovative offerings popping up I was surprised to notice how many had failed to embrace social media, and Twitter more specifically, to gather insights into their audience.

While most have a decent presence on Facebook, it seems like Twitter was more of an afterthought, if a thought at all. Therefore, I decided to write this article in hopes of explaining why Twitter is such a crucial and cost effective marketing tool for gastronomically inclined establishments with limited budgets. To further validate my reasoning, I utilized our social listening platform Scraawl to analyze the Twitter presence of 30 of the Bay Area’s top independent eateries. From this analysis, I identified the top 3 brands and explored how they do such a good job managing their Twitter presence. Hopefully, the insights below will convince other establishments to take a more comprehensive approach to their social media management, thereby boosting their brand recognition and of course lead generation and sales.

While it may be tempting to simply copy and paste your Facebook posts to Twitter, or worse ignore the platform altogether, Twitter has some distinctive qualities that warrant embracing more focused strategies. Perhaps most importantly, Twitter is considered an open platform. That means where privacy is paramount on Facebook, Twitter is geared towards empowering open conversations with the masses. Therefore, it facilitates the ability to perform non-brand-centric analytics such as competitor analysis. This also simplifies the identification of, and outreach to, micro-influencers that can further help boost your brand. | Shameless plug, if you’d like to learn more about micro-influencers, check out our previous blogs that explain how to craft a micro-influencer strategy, and how you can leverage our social listening platform Scraawl to find them. | Perhaps most importantly though, your restaurant has a social presence on Twitter, whether you manage it or not. Of all the restaurants analyzed for this article, it was surprising how many had 1 or 2 posts for the month, but were being mentioned 20, 30 times or more by users. For instance, Bern’s Steak House only had 3 posts, but was mentioned over 50 times! With bottom lines and marketing ROI being monitored more vigorously in the modern business context than ever before, this was really eye opening. All things considered, there’s no good reason not to leverage what amounts to free advertising for your brand on Twitter, and maximize the return you can get for your efforts on the platform.

I leveraged our social listening platform Scraawl to look at a wide range of Twitter metrics for 30 of the top independent restaurants in the Tampa Bay area. Specifically, I looked at basic metrics such as October’s monthly follower change, reach, mentions, and engagement. I also looked at more in depth statistics such as monthly engagement per post and monthly engagement per overall reach. Finally, I examined the qualitative aspects of each brand’s messaging such as volume of engagement posts (fun facts, local happenings, news, etc.) and conversion posts (calls to action, promotions, etc.) as well as their use of trending hashtags, and engagement with micro-influencers, customers, and other establishments. Taken together, I identified the top 3 brands and why their strategies work. Without further ado, the list please.

Stillwaters Grill & Tavern is one of the newest additions to St. Pete’s Beach drive, ideally located just across the street from the Museum of Fine Arts. The food is proudly American with a slant towards the Northeastern Seaboard.  They’ve been engaged on Twitter since 2014 and currently have 493 followers.

Being a newcomer, I was very impressed with the level of engagement Stillwaters achieved, especially given their relatively low amount of monthly posts and relatively small (less than 500) number of followers. You can tell they’re doing something right though, as they had the highest number of new followers of any of the 30 restaurants I reviewed, at an astonishing 71 for the month. Furthermore, their posts were highly efficient at stimulating engagement, with an engagement to post ratio of 12.

What I really like is that their account does a great job of utilizing trending hashtags like #NationalDessertDay and #NationalPastaDay (an olive garden created and promoted hashtag…)  to boost their reach. Their top post, a video of what’s new on the menu for fall, was short and snappy and obviously resonated with their followers. Finally, they do a great job of engaging with other organizations in the market such as the Tampa Bay Rowdies of the North American Soccer League (@TampaBayRowdies), and balancing fun informational posts with more promotional calls to action. Overall, it was the efficiency of their efforts that landed them the number 3 spot. Kudos!

Ulele is one of the more eclectic offerings currently available on Tampa’s notorious Riverwalk. They have some awesome takes on traditional regional dishes, with an on-premise brewery to boot. They’ve had a presence on Twitter since 2013 with a follower base of 4,394.

Ulele does an excellent job at driving engagement by referencing interesting topics that aren’t food centric such as art and local happenings in the market. Check out that reach on their top post as well! They piggybacked off a post from @freshfromFL and it really paid off in terms of reach and engagement. Finally, if we look at the breakdown of the different types of engagement, Ulele was retweeted an astonishing 55 times during this month alone, and the number of favorited tweets is an excellent 226. The only issue holding them back was an apparent lack of hashtag usage. Imagine what their numbers would’ve looked like if they had included trending hashtags!

Datz is one of the original foodie staples of South Tampa, and it’s almost impossible to find a seat during lunch hour during the week, or anytime at all on the weekends. The restaurant is an interesting hybrid of gastropub and gourmet grocery store. They have been active on twitter since 2009, and their follower base is unsurprisingly the largest at 12,623.

If you’ve ever even driven by Datz, you won’t be at all surprised that they earned the number 1 spot on the list. They are constantly providing witty quips on their signage board out front, and they parallel this humorous writing over on their twitter as well. They do a truly excellent job at leveraging trending topics and putting their own unique spin on them. They have a Pokeball as their Twitter logo for example, which indicates their standing Pokemon friendly environment. Just check out their top tweet to see how trendy they are, which calls out the recent pairing of @Uber and @TbLightning, further hammering home their coolness in the post with the use of a classic (and viral) screenshot of barney from How I Met Your Mother. Neither branding element has anything to do with their food but it’s interesting and drives conversation. Furthermore, they utilized almost every trending market hashtag I identified, from #SundayFunday to #happyhour. They also are great at engaging with micro-influencers like @CarleyBoyette (local TV Host) and @813area. If you need quantitative proof, just look at the engagement of 547 and mentions of 237. They are constantly being talked about and that is excellent for business and building brand awareness. The post volume was also the highest of any restaurant at 158 for the month which borders on manic, but it works. Great job guys, and hopefully this shout out will help me get a table this weekend (or just sometime soon, I’ll take what I can get)!

In summation, this has hopefully been an illuminating case study of how and why social media and Twitter specifically is important for the restaurant business. Want to know where your restaurant ranked? Argue over my methodology? Take me out to lunch? I’m happy to oblige! Of course, if you’re interested in learning how to plan and manage a campaign like the best of them, reach out to me as well! Echo Analytics offers training, customized social insight reports, and our social listening platform Scraawl, all at costs affordable for small to medium sized businesses. I’m off to Ulele for barbacoa shrimp and a Water Works Pale Lager!

Check us out on social media!-

Kait Reynolds is the VP of Sales at Echo Analytics Group. Kait is a proud alumni of the University of South Florida with a Bachelor’s Degree in Communications with a focus on Media. She has spent the majority of her career in talent management, sales training and B2B sales. Say hi on Twitter @EAG_Kaittaylor 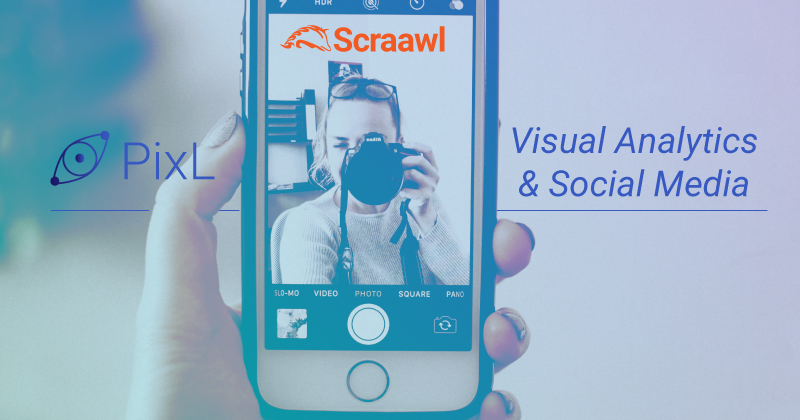 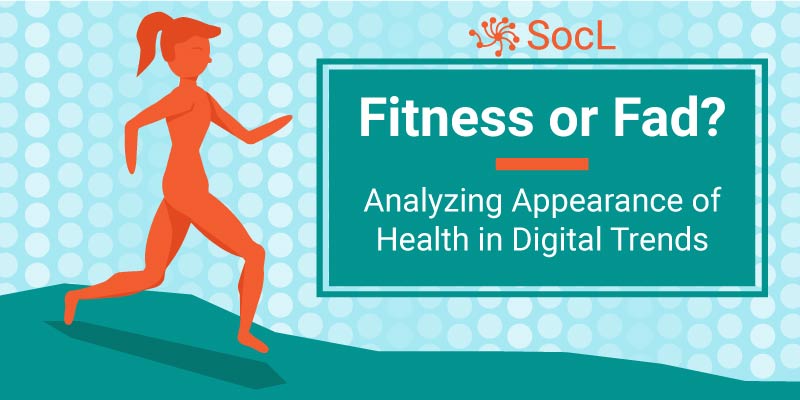