You Found a Bot in Your Social Network! Now What? 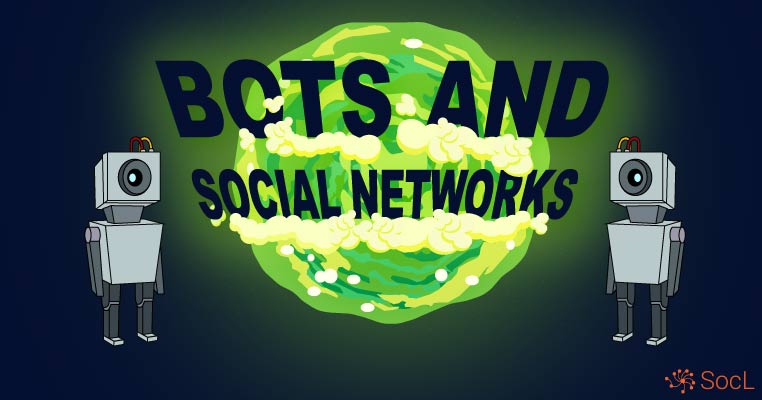 For as long as there has been social media, there have been bots. So it’s no surprise if one or two show up in your business’ social profile. If, however, you have an infestation of bots, the question is what to do next. In this blog we will walk through what to do once you’ve found a pesky bot and how to prevent it from distorting your social listening.

Let’s take a fun example as a use case. The animated TV show Rick and Morty has a very loyal following on Twitter and as it is a science fiction show, there might be some amusing bot accounts engaging in the online conversation. We can test that hypothesis with Scraawl SocL by searching for posts containing the keywords “Rick and Morty” within the past seven days. 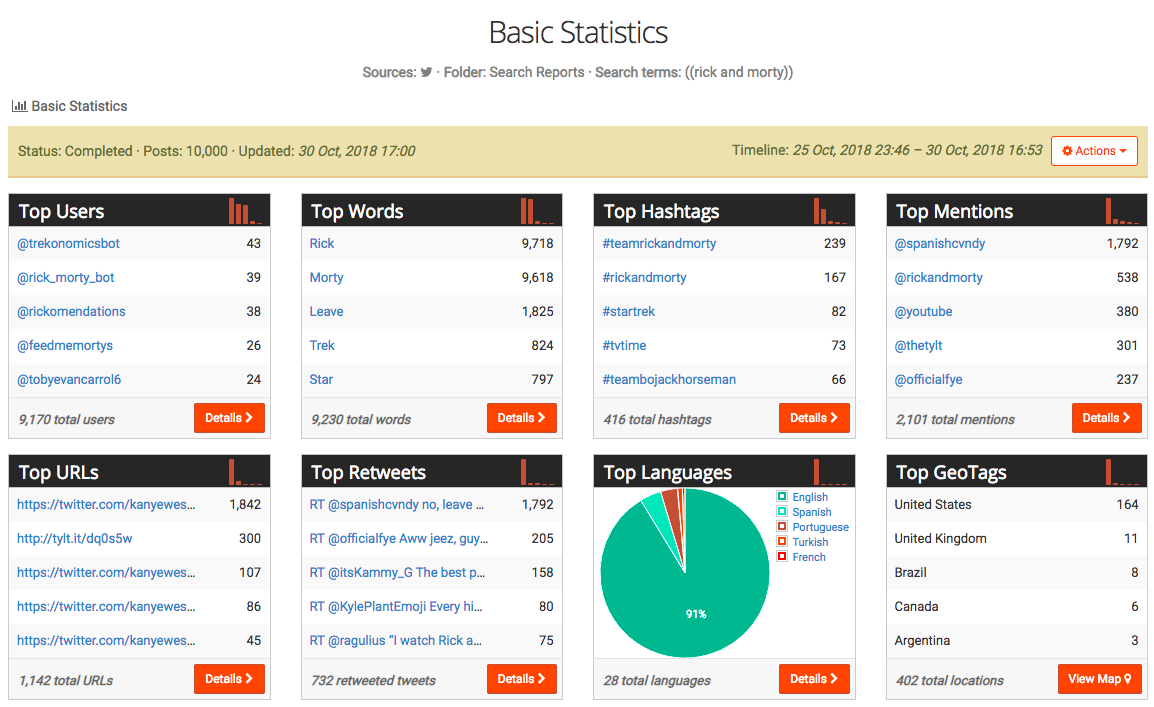 In the 10,000 posts we collected, we see that our Top User is @trekonomicsbot and with bot in the name, there’s a pretty good chance that is exactly what it is. To confirm our suspicions, we run Scraawl SocL’s Bot Detection analytic. Sure enough, @trekonomicsbot is ranked number one with a high confidence rating of being a bot. 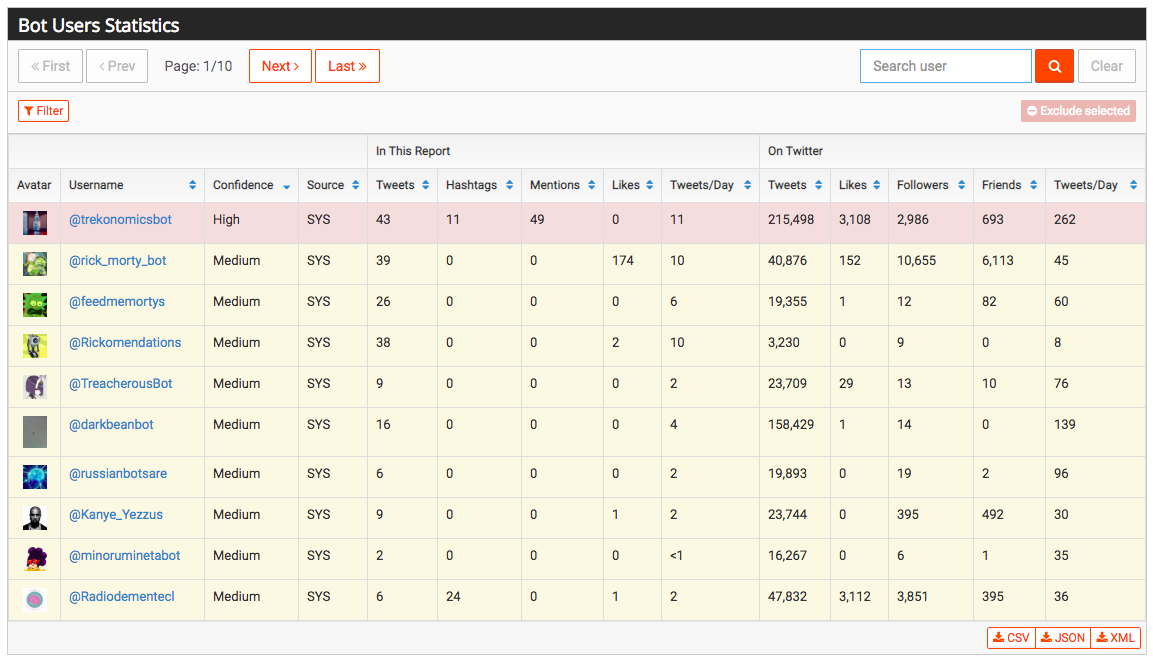 So now what? Now that we found a bot and we can see that it has some impact on the digital conversation about Rick and Morty, what can we do to it?

The quickest action is to filter out the bot. It’s easy to do using the Filter button within the analytic.

When you filter out posts in Scraawl SocL, there is no pop up to confirm your action. Remember, any posts you exclude are simply hidden, and it only takes a quick click of the Undo Last Edit or Undo All Edits (from  the Actions menu) to bring back them back.

Filtering out a bot is a très classique use of Scraawl SocL but the tool has recently modified and improved its Bot Detection analytic to include some new and exciting features.

We mentioned some of these new features in our blog Discovering Cryptocurrency Scams on Twitter: 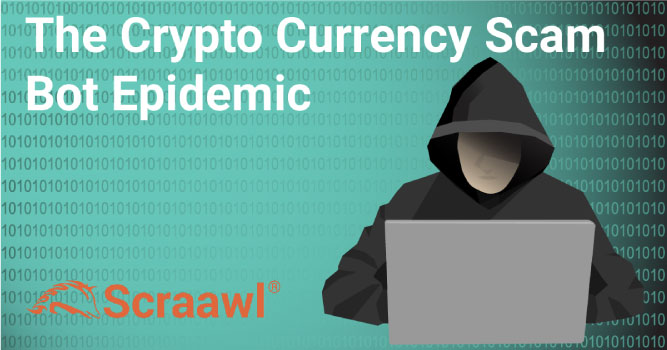 New features of Bot Detection include an in-depth potential bot statistic page with a user dashboard. 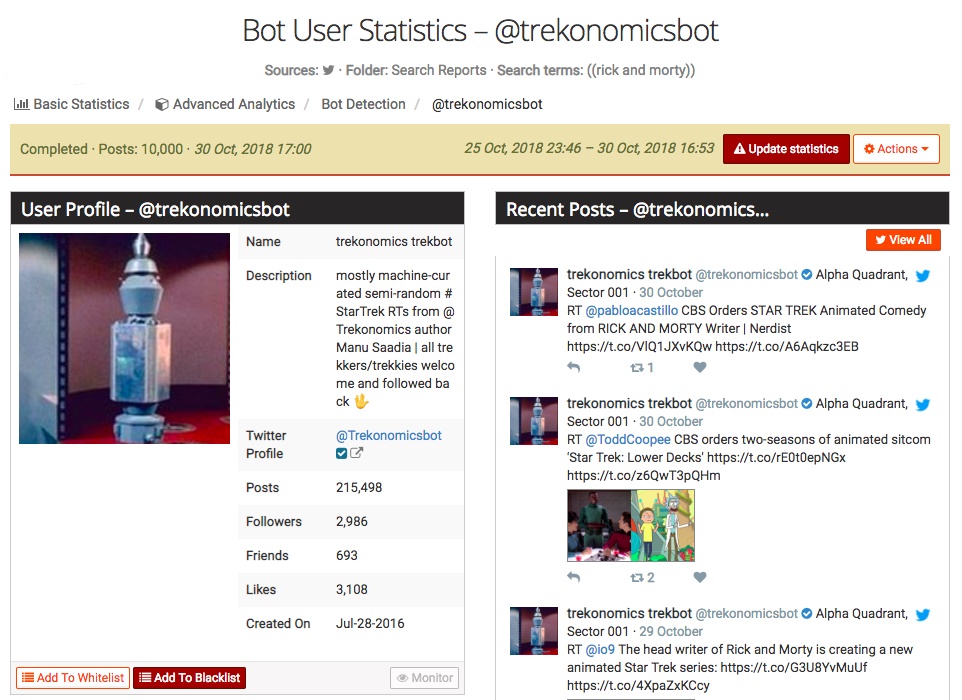 Within the drill down page, there are also two new ways to interact with data. There is now the option to add accounts to a White List or a Black List, letting you make the definitive decision on an account’s bot status.

More on the new features by our lead Data Scientist, Onur Savas:

“A human, rather than machine or a machine-learning algorithm, is well-positioned to correct these mistakes albeit rare. With the latest release of the bot detection algorithm, the users can now incorporate their feedback to the algorithm in terms of white and blacklists, creating a user-feedback loop.” 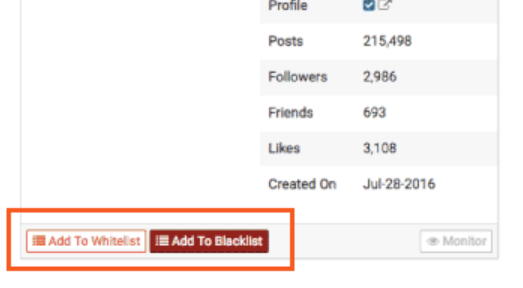 By simply clicking on “Add to Whitelist,” you have now added the account to your list and a sign will pop up on the Bot Table.

Whitelists are helpful in improving the accuracy of your data cleaning, ensuring that you are not excluding users that are actually important to your brand or to the digital conversation.

On the other side of the spectrum is the new Blacklist feature.

Instead of marking @treksonomicsbots as a safe non-bot entity, you can add it to your Blacklist. This will result in the account always showing up as a bot account, even if initially it was not classified as such by Scraawl SocL. Now when you go back to bot detection, the blacklisted bot will be listed as a bot with high confidence.

It’s worth noting that you can export Whitelists and Blacklists as CSV, JSON, or XML. Accounts can also be removed from the White/Blacklists as easily as they are added too.

Similar to the Whitelist, the Blacklist feature is also helpful in improving the accuracy of your data analysis. In this case, even accounts that are good at imitating a human user, or those that evade even the best bot detection algorithms, can still be marked as a bot by an observant user.

Give it a whirl

Now it’s your turn! If you would like to learn more about Scraawl SocL’s Whitelist/Blacklist feature, give us a shout through our Contact page. Happy Scraawling!