Social media platforms are changing their API left and right. Here’s the current state of social. 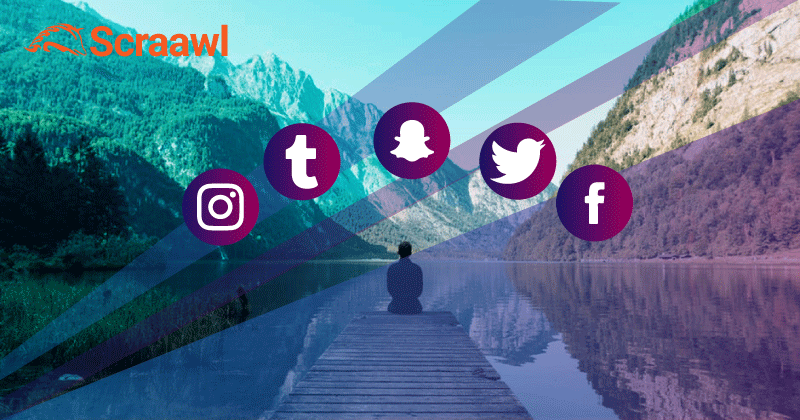 Call it naivety or call it innocence, whatever the semantics, it’s clear that some kind of faith has been lost in social media. In the wake of the Cambridge Analytica scandal and the enactment of GDPR, social media platforms began  updating their data policies and changing their API accordingly. Stock valuation and ad prices fluctuated, and while Facebook stock is back to its previous levels, it will be a longer battle to regain user trust.

And what of the brands, agencies, and third-party martech that relies on these social platforms? They too have experienced a tumult of changes and are trying to adapt accordingly to the API changes. Often, following these API changes can feel like aiming for a moving target. To help we’ve gathered up the latest API and product changes for social media platforms so marketers and technologists can stay informed.

When Twitter first began in 2006, it was a very data-open platform and continues to be the platform that offers the most metadata through its API. More recently Twitter has doubled down on its enterprise Firehose access. Now only a few partnered businesses have access to the full data stream from Twitter which is estimated to cost anywhere from a few thousand to millions, depending on enrichments and data feeds.

The focus on large brand partnerships seems to have paid off for Twitter. In Q4 of last year, the company posted its first profitable earnings report. An incredible achievement considering how many articles were circulated about the death of Twitter and its out of control bot population. It would seem tales of Twitter’s death were exaggerated.

Twitter did release guidance in February of 2018 on automation. For third-party developers and mainly researchers, there’s still ways to access data fees such as Garden Hose access that offers a 1% sampling of all Twitter data, as well as geo data feeds which query all geo-coded tweets with the GET geo/search reference.

Other API were announced on April 24th to prepare for GDPR. These changes include:

Reminder‼ We are rolling out a few changes to the developer platform in advance of new European Union regulations going into effect on May 25th.

Yes, much of the social media API changes were driven by what happened with Facebook. But let’s start this off with the reminder that much of the data on Facebook through its APIs were already shut down to begin with. All information that was set on private, remained private. Before Cambridge Analytica it was only possible to search public pages, groups, and events.

All changes to Facebook’s APIs can be referenced in their changelog. Within the list changes perhaps the most relevant have been the App Review requirements. Since the data privacy issues surrounding Facebook were due to a third party application, the social platform made significant changes to their app requirements. Essentially, an app will be reviewed if it requires a Facebook login AND a user’s personal information such as date of birth, location, gender, and etc. Other changes include:

There’a also the Facebook Marketing API and the Public Feed API. For the Marketing API, the changelog lists new features such as a field for Lowest-Cost Bid Strategy, bid_strategy which is a way for business to customize and optimize their bidding strategy based on their  business goals. Changes also included deprecations in both ads management and ads bidding.

It’s worth noting bidding within Facebook ads has become extremely competitive, with some brands pivoting away or reducing their ad spend on the platform. Some have even gone back to more traditional platforms. The aforementioned changes in the Marketing API may be Facebook trying to give more control over to brands and marketers.

When news of Facebook’s data indiscretions came to light, Instagram which is a subsidiary of Facebook started to pull its access. The problem was, it didn’t give any warning to the many developers and technologies that relied on that access.

Social media marketing platforms and content planners such as Hootsuite and SproutSocial for example been affected by the API changes. Instagram is still a stream option in Hootsuite but you can not engage with other’s people’s content from within the scheduler.  Scraawl, too, was another affected by the sudden yanking of access.

Thanks to an article from Later, there’s a good bit that we know about the new API. For example, bots on Instagram are no more, “automation for following, unfollowing, liking is no longer supported”.  This may affect engagement rates, but this is a move many have supported as to save Instagram from the same fate of Twitter. Likes are now private, and not visible to third party apps.  Posting or deleting commented must be done through an Instagram business profile. You can no longer search for user content, instead you have to search by hashtag. Apps to also analyze a brand’s followers are no longer supported, therefore analytics companies like Scraawl therefore no longer have access to Instagram.

The obvious challenge in this is how will brands evaluate the impact and authenticity of an influencer’s network. However, with the termination of automated third party app access, Instagram is hedging its bets on more authentic networks.

There have also, in addition to the yanking of API access, been many updates to Instagram’s feed algorithm which is also worth noting if you’re a social media digital marketer or a brand.

Around the time that Facebook was embroiled in the Cambridge Analytica scandal, Snapchat tested opening up its advertising API. Coverage from Recode put it like this “Snapchat is building the same kind of data-sharing API that just got Facebook into trouble.”

This was in March of 2018. Earlier that same month, Snap also went through a deep dive in stock valuation when a controversial image of Chris Brown and Rihanna popped up as an ad. These days, pricing for Snap ads have gone, as Adweek put it, from “ungodly to cheap.” At its height, Snapchat was able to charge brands $300k to $500k for a Lens and up to $750k for a video ad. This is no longer the case as Snapchat moved from a customer service supported enterprise model to one more like Facebook, with automation and bidding.

But as recently as last week Snapchat decided to open up its API. Before its advertising API only allowed ad purchasing through third party apps. Now Snapchat has green-lighted the connecting of accounts to third-party apps, which would open up Snapchat data to outside companies. But it’s worth noting that Snapchat won’t be traversing the same route as Facebook and will not share as much data. For example with Snap Login, which allows users to use their Snapchat screen name to log into third-party applications, the connecting app only has access to the user’s screen name and not their background info like birthday.

Amidst all these changes, while other social media platforms have clung onto their ship’s mast in a choppy sea, Tumblr has remained the rowboat that seems to sail on by. True, they were also touched by Russian Troll and bot problems that affect the other platforms but since they were not accused of profiting off of private user information, not much has changed in Tumblr’s API.

In fact, out of all the big names in social media platforms, Tumblr is often forgotten or intentionally overlooked. This is because Tumblr’s ad products are focused on engagement, and according to agencies, engagements have not been found to have a correlation to ROI. But with recent product updates include safety mode, Tumblr is perhaps signalling a bid towards greater brand safety and more ad spend on the site.

How to Gain More Followers on Your Tumblr Blog

State of the APIs

So where does this leave us now? For marketers, developers, agencies, and brands– it’s been a whirlwind trying to keep up with these changes. During these times, some brands and agencies have responded by pulling away from spending on social media marketing. But perhaps we should consider these growing pains. While APIs will continue to change, these changes often signal a platform’s shift in priorities, whether it’s reducing bot accounts or increasing ad spend.