What the Stranger Things S2 Premiere Taught Us about Binge-Watching 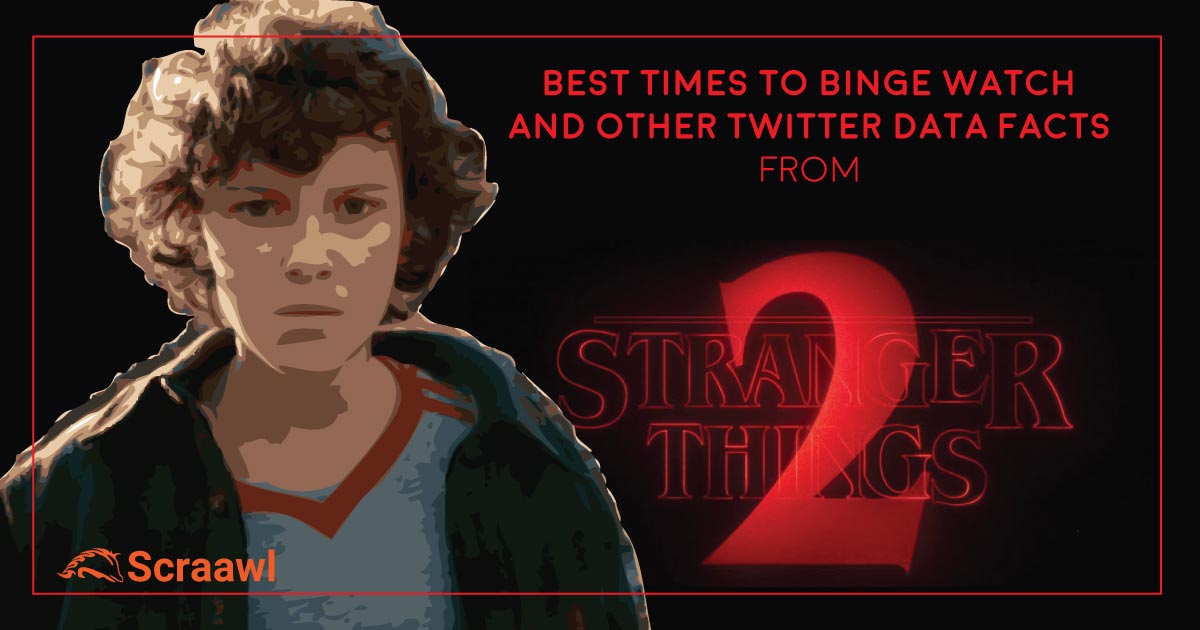 On Friday, the world seemed to being doing one thing: binge-watching the second season of Strange Things. If you haven’t seen the show already (please do, it’s great), Stranger Things is a thriller, suspense Netflix series set in the 80s. Some think it is a mix of Steven Spielbierg’s E.T. and Stephen King’s Carrie. We think it’s a stellar combo.

Because we’re fans of the show and because collective binge-watching turns out to be a great opportunity to follow a social phenomena in real-time, we ran a streaming Scraawl report on the hashtag #StrangerThings2.

We collected 100k posts starting from 9:00am EDT Friday until around 5pm the next day. Here’s what stood out:

You can check out the report here.

Based on keyword matches and entity extraction, we found that the following characters had this many tweets in the dataset (ranked from lowest to highest).

Chief Hopper, played by actor David Harbour, has the highest mentions during the release. Not everyone has finished watching so we won’t spoil it for you, but David Harbour did have a very strong performance in one of season two’s episodes.

There were also more mentions of a character that was dead, aka Barb than of alive characters like Nancy and Jonathan, despite ample screen time. Fans really loved Barb last season so her legacy lives on.

Out of the four boys Will, Lucas, Dustin, and Mike, Dustin had the highest number of tweets, followed by Mike. Despite Mike being a strong center of storyline last season and this season, Dustin’s subplot seemed to resonate with fans. 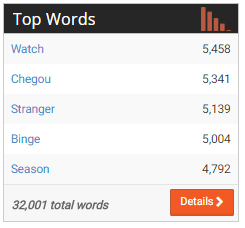 The most popular words in the data set were no surprise: Binge and a few spots down, Watch.

Binge had over 5k tweets while Watch had 5.4k tweets

Other top words include Chegou, a city in Brazil. Netflix has become quite popular in the South American country, due to the high cost of cable television.

Most popular times to watch

We decided to look back further back, to the night of the season release.

It looks like the nighttime is the right time to stay up absurdly late to watch a show. According to the data, 1am Friday morning, the night of the release was the peak time to tweet about the show.

Interestingly, later there were more people binge watching on Saturday than on Friday night. Both days had peak times at night. Friday saw a peak time at 2am in the morning and Saturday at 11pm at night.

According to Qualtrics this behavior is the norm. Most bingeing (and Netflix snacking) happen at night.

Despite many a digital marketing blog saying that the best time to post is during the day on social platforms, during moments of Netflix latest release, you can expect to see spikes in social media activity in the twilight hours.

The biggest takeaway here is that if you’re going to binge watch and tweet about a new show, you’re probably going to do it at night and on the weekend. You may say you can’t wait to watch something but you’re unlikely to miss work or school for it. However, once you start, you’ll probably want to settle in for the ride, even if it means staying up until 2am.

Don’t worry, we’re right there with you. Happy binge-watching! 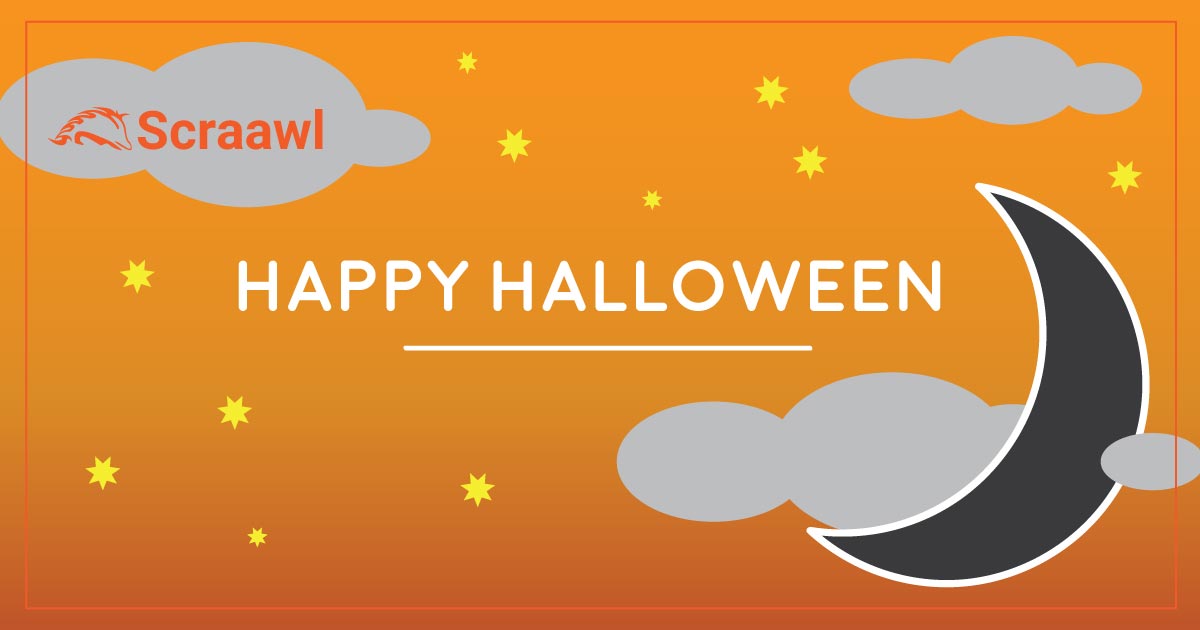